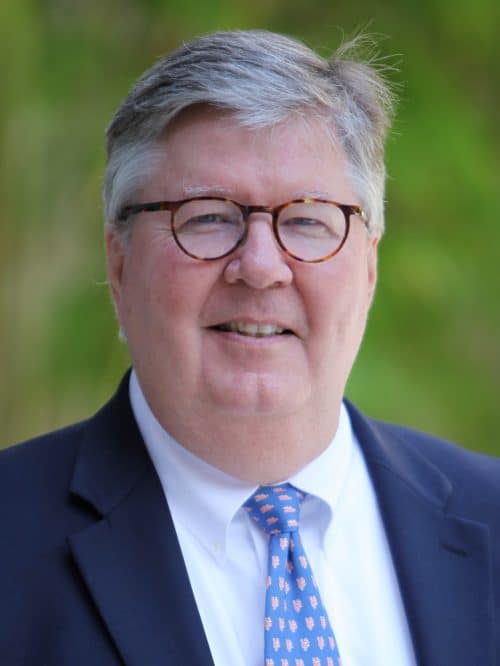 Gary McGill is the Senior Associate Dean of the Warrington College of Business, the Director of the Fisher School of Accounting, and the Director of the Hough Graduate School of Business. He was an Associate Dean in the Warrington College from 2017 through 2021.  He holds the J. Roy Duggan Endowed Professorship in Accounting and held the PwC Endowed Professorship from 1999 to 2011. Professor McGill is a CPA (Texas) and spent several years in practice at Ernst & Whinney in Dallas before earning his PhD at Texas Tech University and joining the faculty at the University of Florida in 1986. He has taught various graduate and undergraduate tax and accounting courses, including a graduate course in international taxation and a doctoral course in accounting research. Professor McGill has published over 60 journal articles, book chapters, or research reports. He has co-authored six books, including U.S. Tax Aspects of Doing Business Abroad (AICPA) and West Federal Taxation: Comprehensive Volume; Corporations, Partnerships, Estates & Trusts; Individual Income Taxes (2000-2013 editions), and West Federal Taxation: Taxation of Business Entities and Advanced Business Entity Taxation (2004-2013 editions). Professor McGill is the recipient of competitive research grants from Deloitte & Touche, Ernst & Young, Price Waterhouse, the AICPA, the Andrus Foundation, Fannie Mae's Housing Policy Research Division, the National Association of Realtors, and the National Homebuilder’s Association. He provided invited testimony to the Senate Finance Committee hearings on Enron in 2003, received the JATA Outstanding Paper Award in 2012 (with M. Donohoe), and the ATA Outstanding Manuscript Award in 2005 (with E. Outslay). Professor McGill has served on the editorial boards of The Journal of the American Taxation Association and Advances in Taxation and as an Associate Editor of the Journal of Accounting Literature. He has served on the boards of the American Taxation Association and the Federation of Schools of Accountancy (FSA), including as President of the FSA. Professor McGill is the Vice-Chair of the AACSB's Accounting Accreditation Committee and a member of the AACSB's Accounting Accreditation Policy Committee. He was awarded the Ray M. Sommerfeld Outstanding Tax Educator Award by the ATA in 2018, the FSA/Joseph A. Silvoso Faculty Merit Award in 2015, and he was the inaugural recipient of the Distinguished Alumni Faculty Award in 2015 from the Rawls College of Business at Texas Tech University. Professor McGill has received numerous teaching awards at UF and he is a frequent lecturer on international tax, federal tax, and accounting for income taxes for academic, government, and professional organizations.