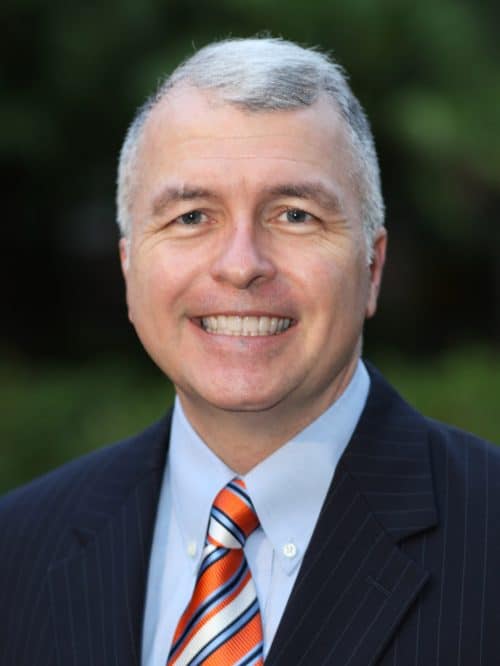 Brian Ray is a faculty member at the University of Florida where he serves as the Director of the Poe Business Ethics Center and a Master Lecturer of Leadership and Ethics.  Dr. Ray is also the Contributing Professor for the Wall Street Journal in the fields of leadership and ethics.  The Wall Street Journal selects top tier faculty members in the fields of accounting, business law, ethics, finance, leadership, marketing, and strategic management to contribute to the Journal’s student membership and professor resources, weekly reviews, and assessment tools.  He also serves as a Professional Lecturer for the George Washington University Elliott School of International Affairs where he teaches graduate-level ethics courses.  For 17 years Dr. Ray served as Associate Dean for the University of Florida Warrington College of Business.  In that capacity he was responsible for leading a nationally-ranked undergraduate program with over 5,000 students.

Awards and recognitions while serving at the University of Florida include the following:

In addition to his work in higher education, Dr. Ray serves as a Colonel in the U.S. Army Reserve.  During his military career he has been recognized many times for exemplary leadership.  Dr. Ray is a recipient of the General Douglas MacArthur Leadership Award, one of the Army's most prestigious honors for company-grade officers.  He is also a recipient of the Lowry Award, presented annually to the top company-grade officer in the Florida National Guard.  In his current assignment, Dr. Ray serves as a Senior Ethics Specialist for the Department of Defense Standards of Conduct Office.  Prior to that assignment he served as a Chaplain for the Office of the Joint Chiefs of Staff as well as the Executive Editor of the U.S. Army Chaplain Corps Journal.  He also served as the Command Chaplain for the 377th Theater Sustainment Command, the largest command in the U.S. Army Reserve with over 35,000 soldiers.  In that role, he directed the religious support of 100 chaplains.  Dr. Ray has served three tours of active duty since 9/11.  Locations where he’s deployed include Iraq, Afghanistan, Jordan, Kuwait, and Qatar.  During his most recent deployment to Afghanistan, he earned a second Bronze Star Medal.

Dr. Ray and his wife Shannon have been married twenty-seven years.  They have two children, Ashley an Air Force ROTC scholarship cadet at the University of Florida and David who is enrolled in the 3/2 MBA program at Rollins College.