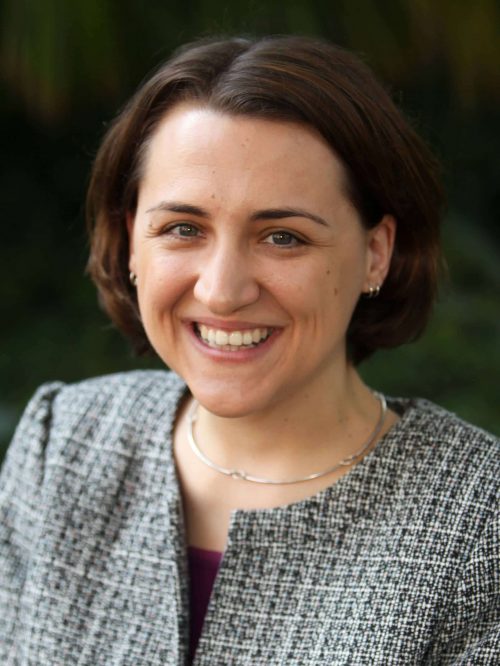 Erica Studer-Byrnes is the Associate Director of the Heavener School of Business at the University of Florida. In this role, Erica coordinates advising, leadership, and academic programming for 3,500 undergraduate students. She also serves as the advisor to the Business College Council, and is a member of the Heavener School of Business Undergraduate Committee. She sees the role of advisors as fundamental to helping students make the most of their college experience, both inside and outside of the classroom, and to initiating career dialogues that promote curiosity in the quest for meaningful life work.

Erica joined the Warrington College of Business in August 2005. She completed a Bachelor of Arts degree with a major in philosophy and a Bachelor of Science degree with a major in psychology, a Master of Arts in Education and Education Specialist degrees with concentrations in mental health counseling, and a Doctorate in Philosophy from the University of Florida. Erica’s primary area of interest is in career counseling and its many applications. Erica was recognized as the University of Florida Advisor of the Year in 2012.  She was selected for the Excellence in Advising Administration Award for NACADA’s Region 4 during the 2011-2012 academic year. Erica was also honored as the national “Advising Administrator of the Year” in 2012, NACADA’s distinct national recognition for advising and administrative excellence.