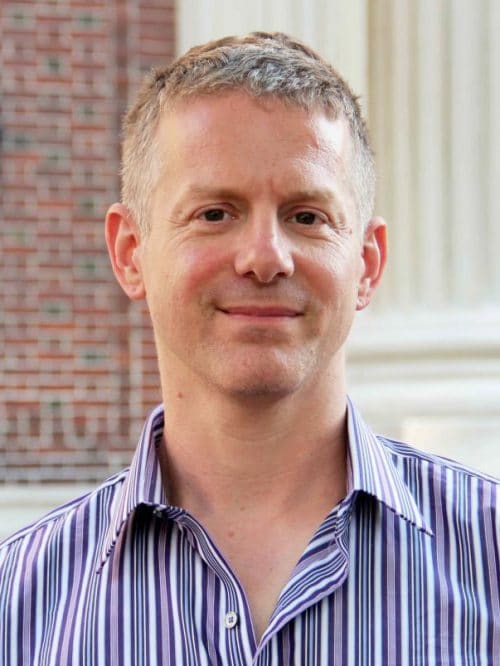 David Gaddis Ross is the R. Perry Frankland Professor at the University of Florida’s Warrington College of Business Administration. Before that, he was an Assistant and Associate Professor at Columbia Business School. He has two streams of research: (1) organizational strategy, with a particular focus on gender issues in top management, and (2) the foundations of strategy, including topics like differentiation and resource acquisition. His theoretical work often makes use of mathematical modeling.

Professor Ross’s research has been featured many times in the media, including in outlets like The Wall Street Journal, The New York Times, The Washington Post, NBC Nightly News, The McKinsey Quarterly, Forbes, Huffington Post, Bloomberg, Businessweek, The Sunday Times, and The Economist.

He teaches courses on strategy and entrepreneurship in the University of Florida’s graduate business programs, where he has won several awards for teaching. He also has taught for years in executive training programs on behalf of organizations like Accenture, Columbia Business School, KPMG, and Oliver Wyman.

Prior to becoming an academic, he worked for over a decade on Wall Street, where he advised governments and firms on mergers & acquisitions, restructuring, privatization, and cross-border tax and accounting arbitrage. He has extensive experience applying quantitative methods to solving real business problems and explaining technical subjects to non-technical audiences.

Professor Ross is also a contributor to PayAnalytics, an interdisciplinary effort by several researchers in diverse quantitative disciplines to help companies address pay equity in their workforces. He is also an advisor to 20-first, a consultancy that supports companies in adapting to global trends in gender, nationality, and generational issues.