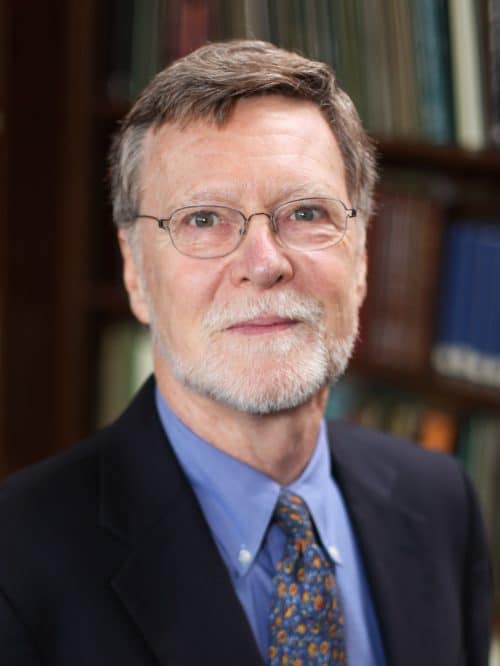 Mark J. Flannery has been the Bank of America Eminent Scholar in Finance at the University of Florida since 1989. He has published extensively, particularly in the areas of corporate finance and the financial regulatory process, particularly as it applies to banks in the U.S. and abroad.

His “hands on” regulatory experience most recently includes more than two years as the Chief Economist and Director of the Division of Economics and Risk Analysis at the U.S. Securities and Exchange Commission. In that position, he was involved in developing rules and regulations for the mutual fund industry, CDS trading standards, and various equity market and firm reporting requirements.

Professor Flannery previously worked with other U.S. regulatory agencies: part-time Senior Adviser to the Office of Financial Research from 2011-2014, the New York Fed’s Financial Advisory Roundtable (2006-2014) and the Federal Reserve System’s stress-test-related Model Validation Council (May 2012 –2014, chair 2013-2014). In 2003, he helped establish the FDIC’s Center for Financial Research and then served as co-director and senior adviser until 2007.

He holds economics degrees from Princeton (A.B.) and Yale (M.A., M.Phil., and Ph.D.). He served as president of the Financial Intermediation Research Society (FIRS), president and board chairman of the Financial Management Association, and member of the board of directors of the American Finance Association. He was an editor of the Journal of Money, Credit and Banking from 2000-2005. He previously held faculty positions at the University of Pennsylvania and the University of North Carolina (Chapel Hill), and visiting positions at NYU, the London Business School, and the University of New South Wales.

He has been recognized for excellence in both teaching and research: MBA teaching award (Best core course professor in 2006, 2009, and 2014); FMA Fellow; “Most Significant Paper” published in the Journal of Financial Intermediation during 2013; Jensen Prize for Corporate Finance and Organizations at the Journal of Financial Economics (second prize in 2012, first prize in 2013); “Best Paper in Financial Institutions," 1995 Financial Management Association Meeting.

Current research interests include the stability of “shadow banking” institutions and Islamic banking.